Alison Martin is an adviser to the European Climate Foundation, based in Sydney, advocating for more effective policy and action on climate change. She has worked in communications, media, marketing and development for a range of organisations in Australia, the UK and Indonesia, including a member of the New South Wales Parliament. 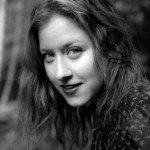 Alison has also written about the Australia-Indonesia relationship for outlets including SBS News and New Matilda.

How did you first get involved in the Australia-Indonesia relationship? Where do you see it headed?
I participated in the Australian Youth Ambassador Program through AusAID. As Communications Consultant with World Vision Indonesia, I supervised a communications project for development programs in the field, including interviewing and gathering information from community members and staff, undertaking research and making recommendations.

I was also Media and Communications Adviser for a local Indonesian NGO where I consulted on policy, media and communications strategy and also helped to coordinate humanitarian response. This included travel in Java to evaluate microfinance projects, and to Padang following the earthquake in September 2009, helping to coordinate the installation of water treatment units in some of the worst affected villages.

In terms of where the Australia-Indonesia relationship is headed – I hope that we can learn from recent years when we’ve seen the bilateral relationship suffer at a government level, revealing even greater need for strong people-to-people links at other levels and in other sectors. A truly cooperative relationship between Australia and Indonesia needs to have stronger and deeper connections between individuals and groups across a range of sectors and areas in order to withstand weaknesses at the government level. The relationship is about so much more than whether or not the two leaders happen to get along.

What advice would you share with anyone thinking of applying this year?
Go for it! CAUSINDY is an invaluable opportunity to connect with a range of passionate and talented people, including leading experts and commentators on the Australia/Indonesia relationship. But more importantly, it’s a unique opportunity to connect with people who love karaoke as much as you do.

Interested in joining CAUSINDY this year? Applications to become a delegate to CAUSINDY 2014 are open until the 1st of July, 2014.