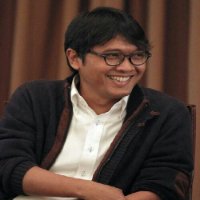 It is CAUSINDY’s pleasure to announce that Bapak Arif Zulkifli, Chief Editor of Tempo Magazine, will be joining the media panel session at the conference.

Tempo Magazine is an investigative news magazine covering politics and economics in Indonesia since 1971, which was at one pointed banned by New Order Information Minister Harmoko as a “threat” to national stability. The publication resumed after Suharto’s departure from office.

Arif Zulkifli became the Chief Editor of Tempo Magazine in November 2012, making him the youngest editor in the magazine’s history. Arif’s strong presence on social media and his expert knowledge on investigative journalism in Indonesia will provide CAUSINDY with a unique perspective into the ‘Portrayals in the Media’ session.

Arif Zulkifli says the nature of journalism today is very different to the pre-reformasi period:

“There is a significant difference between working as a journalist before the reformation period and working now. In the past it was difficult for journalist to find information because one person held the power, so no one was brave enough to leak any information. But now, everyone was to say something, everyone wants to spread information. The problem now is, how we verify mass information,” Arif said.