As the Australia-Indonesia relationship shifts away from aid and development, and as the Asia-Pacific region continues to prosper, it is inevitable that business ties will take a bigger place in the spotlight. We will see closer collaboration between large Australian and Indonesian businesses, penetration of SMEs, and investors on the hunt for opportunities. However, entrepreneurs in both countries believe it is still difficult to convince individuals to invest across the border, find the right talent and cut through the red tape.

The next generation needs to understand the investment climate, bilateral trade opportunities, and cultural nuances of doing business in both countries. This cannot be taught at universities and can only come from substantive, on-the-ground experience and learning from those that have experience in the field. Simon Collier Dixon, Director of Astra International, one of Indonesia’s largest conglomerates, believes the relationship is not where it needs to be and doing business across borders is difficult. Young professionals need to begin engaging early to create long-lasting friendships which are important in business relationships. Simon will be sharing his experiences as keynote speaker at the CAUSINDY gala dinner.

When Tommy Tjokro of Bloomberg TV Indonesia realised how vibrant the Indonesian economy was becoming, he jumped on the opportunity to immerse himself in the investment opportunities. Tommy will be moderating the Economics and Trade panel, discussing the next growth drivers, how the government and private sectors can collaborate more closely, and how business will be pursuing these new opportunities.

Sinthya Roesly, Chief Executive Officer of the Indonesia Infrastructure Guarantee Fund (IIGF), works at the heart of the partnership between government and business and is responsible for developing an area which is critical to Indonesia’s growth – infrastructure. Sinthya will provide her views on the investment climate and how public-private partnerships can be scaled up by collaborating more closely with technical advisers like Australia.

The big Australian businesses in banking and mining have already made headway in Indonesia, while real estate and agriculture are trending business areas among Indonesia’s elite in Australia. The next step is getting small-medium enterprises to engage in the bilateral relationship by finding new markets and leveraging talent. The first step is creating a positive regulatory environment in which these businesses can grow. This is something that Sati Rasuanto, Managing Director of Endeavor Indonesia, is passionate about. SMEs provide people with jobs and will help transform Indonesia’s economy from low productivity industries like agriculture to higher value-add services like e-commerce and technology. In addition to her current role at Endeavor, Sati will be drawing on her previous experience as Chief of Staff to Gita Wiriyawan. As part of CAUSINDY’s political debrief panel, she will be talking about the policy decisions the incoming government needs to make to foster this growth.

As the bilateral relationship is slowly finding its feet, moving away from aid and development towards commerce and trade, we need to ensure that skills, understanding and experience continue to grow. The next generation should be able to understand how to engage in long-term, sustainable business partnerships and this year CAUSINDY will provide 30 young delegates with that opportunity.

We are pleased to announce that John Riady and John Denton will be taking part in CAUSINDY 2014 in a special debate which will explore everything from doing business in Indonesia and Australia, to navigating politics and attitudes towards investment. Both Johns have experience in the government, private and educational sectors, which will make for very interesting insights during the debate.

Mr Riady is Director of several companies across the media, property and investment industries, including Berita Satu Media Holdings, Lippo Group and as Editor in Chief of Jakarta Globe. He is also a prominent figure in higher education as Dean of and Professor of Law at Universitas Pelita Harapan (UPH). CAUSINDY delegates can look forward to unique insights from Mr Riady on what it takes to build and run successful businesses in Indonesia.

As CEO and Partner of Corrs Chambers Westgarth, Mr Denton has been involved in shaping the Australian Government’s policy on how Australia engages with its neighbours as an advisor on the “Asian Century” White Paper. He is also well versed in doing business in Indonesia and visits Jakarta regularly in partnership with Indonesian law firm Soemadipradja & Taher. Mr Denton was a speaker at CAUSINDY last year in Canberra where he entertained the audience with stories on negotiating trade deals and trying to solve humanitarian issues. We look forward to welcoming Mr Denton back to CAUSINDY in Jakarta.

From being amongst the gumtrees at Australian National University in Canberra to a sprawling metropolis where skyscrapers nestled between lively kampungs race to reach the sky, this year CAUSINDY finds its way across the Arafura Sea to a new home in Jakarta.

While a new resident settles into the grounds of the Presidential palace Istana Merdeka, somewhere down the road, 30 young leaders from Australia and Indonesia will be looking at new ways to strengthen the Australia-Indonesia relationship following the turbulence of the past year.

The theme for this year’s conference will be “Right time to reset: Learning from the old and bringing in the new”.

Take part in CAUSINDY 2014. Applications to become a delegate are now open.

CAUSINDY delegates will be engaging in insightful discussions with leaders from media, economics and trade, business and defence including Vice-Presidential advisor Dewi Fortuna Anwar, Australia-Indonesia Institute chair Professor Tim Lindsey and a packed roster of expert observers on the bilateral relationship.

Program highlights this year include:

In 2014, CAUSINDY will aim to inspire young leaders to reset the agenda of the Australia-Indonesia relationship beyond just “boats, beef and Bali”. Delegates will be set up to continue building a stronger, deeper bilateral partnership.

Does this sound like you? Applications to become a delegate in 2014 are now open.

CAUSINDY is excited to announce that Chris Barnes, Managing Director at ICON International, will join this year’s conference, moderating a panel discussion on economics and trade. 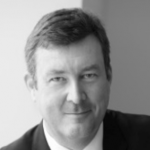 Chris has a unique view on on this topic given his ongoing commitment to young leaders and his experience in key bilateral engagements across business and government including Indonesia Australia Leadership Dialogue, Indonesia-Australia Partnership on Food Security in the Red Meat and Cattle Sector and the Australia-Indonesia Business Council

Mr Barnes said: “I commend the founders of CAUSINDY for taking the initiative to promote relations between the emerging leaders of Indonesia and Australia. There is no doubt that the futures of both our countries are inextricably linked and greater understanding is the key to a successful partnership between us. I encourage all young professionals to get involved in CAUSINDY.”

While tension between Australia and Indonesia continues, the connection between the countries’ young leaders continues to flourish. Since CAUSINDY was held in Canberra in October 2014, delegates from both countries have taken an active role using their new knowledge, networks and friendships to continue “shaping the future” of the vital relationship.

The delegates have collaborated closely following the conference to develop recommendations that support the areas they believe should be the focus going forward. The report presents three practical initiatives:

These initiatives are not new, ground breaking or complex and parts of these initiatives have already been implemented via one of the many ongoing bilateral projects. The key difference is that these recommendations represent the themes that the next generation of leaders believe should be central to the relationship going forward.

So today while government, private sector and educational institutions develop policies which will shape the future relations, they should listen to the individuals that will lead this relationship in the future.

We believe that with discipline, effective stakeholder engagement and long-term commitment these initiatives can achieve maximum impact and shift the relationship onto a more positive forward-looking trajectory

Both the delegates and CAUSINDY team feel it is more important than ever to connect with like-minded leaders. Through CAUSINDY, engagement will not be dampened and we see the conference as a platform to continue inspiring the next generation of leaders to “shape the future” of Australia-Indonesia relations.