CAUSINDY is pleased to announce that Citra Dyah Prastuti, the Editor of KBR’s online platform PortalKBR.com, will be joining the conference panel on ‘Portrayals in the Media’. 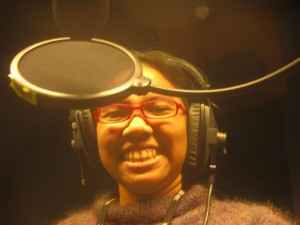 Citra spent some time in Australia on a fellowship with ABC Radio National, where her reporting has included an insightful one-hour long radio documentary on ‘Timor’s Lost Generation’, broadcast in 2012.

Citra’s passion for journalism has led her to pursue stories on issues of tolerance and pluralism in Indonesia. Now, she leads KBR’s online news website PortalKBR.com. She believes it is important to boost the public’s understanding about cultural and religious differences in Indonesia.

“It’s a super important issue for Indonesia, but not many mainstream media [outlets] are [talking about] this issue too much,” she said.

CAUSINDY looks forward to hearing Citra Dyah Prastuti’s thoughts and perspectives on the media panel session held on the 14thof September. As the power of media in Australia and Indonesia has the potential to influence public perceptions, with Citra’s input the discussion at the CAUSINDY media panel session will surely be an insightful one.