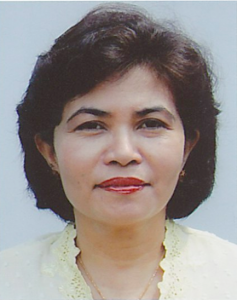 This week, the conference team are excited to announce the confirmation of Prof. Dr. Dewi Fortuna Anwar, M.A., as a speaker at the 2014 Conference of Australian and Indonesian Youth in Jakarta this September.

Professor Anwar is currently Deputy Secretary for Political Affairs to the Vice President of the Republic of Indonesia. She is also a Research Professor and held the position of the Deputy Chairman for Social Sciences and Humanities at The Indonesian Institute of Sciences (LIPI) from 2001-2010.

She is also the Chair of the Institute for Democracy and Human Rights at The Habibie Center, and a member of the Board of Advisors, The Institute for Peace and Democracy, The Bali Democracy Forum. Dewi Anwar briefly held the position of Assistant to the Vice President for Global Affairs (May-July 1998) and that of Assistant Minister/State Secretary for Foreign Affairs (August 1998-November 1999), during the Habibie administration.

Professor Anwar was a key supporter of the first Conference of Australian and Indonesian Youth, and we look forward to her joining us in Jakarta this September.