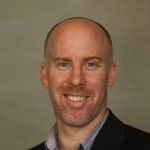 Today, we’re excited to announce that Michael Bachelard, Indonesia Correspondent for Fairfax Media, will join this year’s panel on portrayals in the media. Currently based in Jakarta, Michael is a Walkley and Quill award-winning journalist with extensive experience covering politics and industrial relations.

Despite decades of official engagement, the Indonesia-Australia relationship remains underdeveloped. The media on both sides of the ocean has a role to play in addressing this by making realistic, considered portrayals of both countries. But media alone can never be enough. The only way to build real relationships is through the work of ordinary people” Mr Bachelard said.

Interested in joining CAUSINDY 2014? Applications to become a delegate are now open.

Michael Bachelard is the Indonesia correspondent for Fairfax media, publisher of the Sydney Morning Herald and the Age. Prior to his posting to Indonesia worked as a political reporter and workplace relations writer for 24 years.