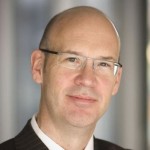 The CAUSINDY team is excited to announce that Professor Tim Lindsey will be returning to CAUSINDY in 2014, joining our special Q&A event, ‘Transforming the Relationship‘. Professor Lindsey is arguably Australia’s foremost expert on Indonesian law, and a high profile advocate for a broader and deeper bilateral relationship.

Last year, he spoke about “two speed” nature of the current bilateral relationship, and we look forward to him joining us again in 2014.

Interested in hearing Professor Lindsey speak? Applications to become a delegate to CAUSINDY 2014 are now open.

Professor Tim Lindsey is Malcolm Smith Professor of Asian Law and founding Director of the Centre for Islamic Law and Society at the University of Melbourne. He is also chair of the Australia-Indonesia Institute, an advisory board within the DFAT and was a member of the Reference Group for the National Asian Languages and Studies in School Program. In 2006, Tim received a Carrick Teaching Awards Citation for his work with international students and in 2007 the Malcolm Smith Award for Excellence in Teaching. A founding editor of The Australian Journal of Asian Law, he has written extensively on Indonesia.

His publications include include Indonesia: Law and Society; Corruption in Asia: Rethinking the Governance Paradigm; Chinese Indonesians: Remembering, Distorting, Forgetting; and Law Reform in Developing and Transitional States. In 2012, he published a three volume series Islam, Law and the State in Southeast Asia (I: Indonesia, II: Singapore; III: Malaysia and Brunei), andThe Indonesian Constitution: A Contextual Analysis.