By the start of CAUSINDY 2014, Indonesia’s next president will have been confirmed and will be starting their term in October. The first 90 days of the new Indonesian government will be critical to prove to the nation, and the world, that Indonesia is capable of continuing its strong economic growth, which in recent years has approached 5-6%. We will speak to economists, business leaders and political analysts about what we can expect from the new government and what their priorities should be in the first 90 days.

What top three reforms does Indonesia need for continued economic growth? What would panellists’ policy platform be if they were running for office? And, has Indonesia’s idea of what it needs diverged from the world’s view of what Indonesia needs? 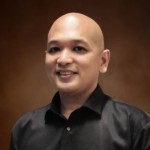 Yose Rizal is the founder of Media Wave, an Indonesian social media monitoring, measurement and analytics platform. He also founded PoliticaWave, a poll analytical platform for the up coming Indonesian elections. He has over 10 years of experience in information technology, designing websites, management information systems and LAN/WAN for several government agencies, military and banking.

He brings expert knowledge and experience as an entrepreneur in technology combined with management and technology, which has made him one of the pioneers in the field of mobile advertising in Indonesia. In 2010, he worked with Snoop Mobile Media to integrate digital marketing across all its platforms. 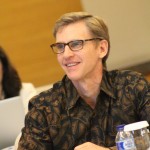 Douglas Ramage has more than 25 years’ experience in Indonesia. As a leading expert on Indonesian politics, economics and business affairs, Doug provides advice and guidance to Fortune 500 companies in Indonesia. Fluent in Indonesian, Doug is a well-known analyst, frequent public speaker and media commentator on Indonesian affairs. He is adept at presenting complex Indonesia country risk assessments to company boards in a compelling and understandable manner. Doug has written extensively about Indonesia as a Normal Country and the Implications for Australia for the Australian Strategic Policy Institute.

In addition to his AmCham leadership role, Doug serves on the Boards of the American Indonesian Exchange Foundation (AMINEF/Fulbright Commission), the Lontar Foundation, and the United States Cultural Center (@America) in Indonesia. Doug studied at the University of Maryland, the Australian National University, the Institute for Teacher Training in Malang, Indonesia, and received his Ph.D. from the University of South Carolina. 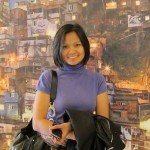 Sati Rasuanto is the Managing Director of Endeavor Indonesia (www.endeavorindonesia.org, www.endeavor.org), a global network committed to identifying, selecting and accelerating High-Impact Entrepreneurs. Sati started her career working as a financial analyst, before moving to the World Bank in 2005 as an energy specialist and then adviser to the Country Director. Following the formation of the new cabinet in 2009, Sati joined Government as the special staff of Mr. Gita Wirjawan who at the time was the Chairman of Indonesia’s Investment Coordinating Board (BKPM). Mr. Wirjawan then became the Minister of Trade.

Sati is also the founding editor of Strategic Review: The Indonesian Journal of Public Policy, Leadership and World Affairs (www.sr-indonesia.com). In its first year, the magazine has featured opinion leaders such as Hillary Clinton, Aung San Suu Kyi and President Yudhoyono, as well as recognition from President Obama. Sati was named 2011 Yale World Fellow, and last year Sati was selected as a Kauffman Fellow, a global network based in Silicon Valley that focuses on high-growth and innovative companies. Sati was also a speaker in the 2013 APEC Conference, and often sat as a panelist in business plan competitions. 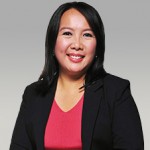 Devianti Faridz is Channel NewsAsia’s correspondent in Jakarta. She is a former journalist with Indonesia’s broadcasters, Metro TV and Televisi Republik Indonesia, and Voice of America-Indonesia in Washington DC. Among her more memorable assignments was her coverage of the plight of young Indonesian boat crew members who were detained in Australian prisons after being deceived by human traffickers. She has interviewed various key public figures in the world including Indonesian President Abdurrahman Wahid and former Australian Prime Minister Kevin Rudd.

She is a Fulbright scholar and a Master of Arts in Broadcast Journalism graduate from the University of Missouri, USA. She also holds a Bachelor of Arts degree in Visual Communications Design from Indonesia’s Trisakti University. For leisure, Devianti Faridz is actively involved in alumni activities that encourage cultural exchange and youth empowerment.