The relationship between Australia and Indonesia relations has recently been strained by spying allegations and the turning back of asylum seeker boats. But does the public know about everything? 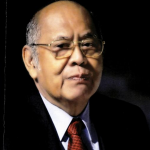 Dr Hartarto Sastrosunarto AO served under three Indonesian Presidents from 1983 to 1999 as the Minister of Industry, the Coordinating Minister for Production and Distribution and the Coordinating Minister for Development Supervision and Administrative Reform. He was the longest serving Minister under the New Order. Dr Sastrosunarto is one of the first recipients from Indonesia of the Colombo Plan funding from the Australian government to undertake study within Australia. He gained a Science degree in Petroleum Engineering at the UNSW and whilst studying in Australia, he chaired the Indonesian Student Association of NSW and later the national body.

Dr Sastrosunarto was the first overseas graduate of UNSW to receive its Alumni Association Award for Achievement, and was awarded an honorary doctorate in 1993. In 2010 he was named as one of the Distinguished Alumni Award winners of the Australian Alumni Awards for his lifelong career achievements and contributions to Indonesia, as well as maintaining links between Indonesia and Australia. Further, he is a recipient as an Officer of the Order of Australia Award, a highly prestigious award in the Australian honours system. 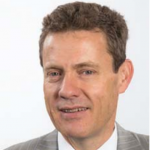 Professor Andrew MacIntyre is the Deputy Vice-Chancellor International and Vice-President of RMIT University.

Prior to joining RMIT, he was Professor of Political Science at the Australian National University, where he also served as Dean of the College and Director of the Research School of Asia & the Pacific and before that founding Director of the Crawford School of Public Policy (2002-2009). Earlier in his career, he was also Professor at the Graduate School of International Relations & Pacific Studies at the University of California, San Diego.

Professor MacIntyre is a Fellow of the Academy of Social Sciences in Australia and has published widely on Southeast Asian politics, international relations in the Asia-Pacific region and, more recently, enhancing universities. He was the founder of the Australia-Indonesia Governance Research Partnership, and serves on the editorial board of the Bulletin of Indonesian Economic Studies. He is the recipient of the Japanese Foreign Minister’s Commendation for contributions to the promotion of relations between Japan and Australia (2006) and also a recipient of the Presidential Friends of Indonesia award (2010).

Among board roles, Professor MacIntyre currently sits on the boards of directors of the Australian-American Leadership Dialogue and the Asia Foundation – Australia. He is also currently Deputy Chair of the Australian Committee for Pacific Economic Cooperation (AusPECC). He has served as a consultant to government institutions and companies in Australia, the United States and China, as well as international agencies such as the World Bank, the Asian Development Bank and the ASEAN Secretariat.