A dinner with the 2014 delegates hosted by Northern Australia Northern Territory Government and Charles Darwin University will celebrate the history of engagement between the North of Australia and Indonesia, ranging from arts, culture, language, education, agriculture and trade. Terry Mills, former Chief Minister of the Northern Territory will be joining the delegates for this special dinner. 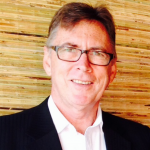 With 15 years parliamentary and ministerial experience, Terry Mills has had an even longer involvement with the Australian-Indonesian dialogue as a teacher and school principal – an involvement that started over 30 years ago in Perth as an English language teacher and consultant.
Terry moved to Darwin in 1989 to become the first principal of a new private school. This move was prompted by a desire to be part of Northern Territory’s leading role in Australia/Indonesia engagement at the time.
Terry established Bahasa Indonesia as a core subject at his school and developed a long-term teacher and student exchange program between his school and schools in Nusa Tengara Timur.  With a specific focus on Indonesia’s Eastern Provinces and Timor Leste, Terry has actively supported a range of sporting, cultural, civic and business programmes over the years.
Originally a Western Australian farmer, Terry also has a particular interest in Indonesian food security and regional cooperation for mutual benefit.

Charles Darwin University is a dual sector tertiary education provider. It delivers both Higher Education (HE) and Vocational Education and Training (VET) programs, as well as undertaking research, to support its mandate to provide the human capital that underpins the public good and future prosperity of the Northern Territory – providing a community resource to support the professional and personal aspirations of the population; supporting endeavours to address complex problems facing the region; being part of the foundation underpinning the development of this part of Australia; and an increasingly important resource for the region.