CAUSINDY has established an Advisory Board to recognise the valuable contributions of our key supporters. The Advisory Board will provide strategic input into key operational and governance processes. 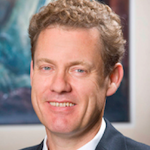 Andrew MacIntyre is Professor of Political Science. His current research projects include a multi-author study of Asian regional institutions and an assessment of the trajectory for democracy in Southeast Asia. Recent past projects include an edited book on the political economy of East Asia 10 years after the financial crisis (Cornell University Press 2008); a review of the state of knowledge on the rule of law and development (Annual Review Political Science, 2008); and a policy paper on current developments in Indonesia and their implications for Australia (Australian Strategic Policy Institute 2008). He is a regular contributor of opinion to the ANU’s East Asia Forum.

Along with serving as Dean of the College, Professor MacIntyre is also Director of the new Research School of Asia & the Pacific. He was previously Director of the Crawford School of Economics and Government. Prior to his joining the ANU he was a professor at the University of California, San Diego.

Professor MacIntyre was the founder of the Australia-Indonesia Governance Research Partnership, sits on the Board of the Australian American Leadership Dialogue. He is a member of the Board of Directors of the Asia Foundation – Australia, Honorary ACT President of the Committee for Economic Development of Australia (CEDA), and a member of the Board of the ANU Centre for Arab and Islamic Studies. He is also a member of the Academy of Social Sciences in Australia. He is the recipient of the Japanese Foreign Minister’s Commendation for contributions to the promotion of relations between Japan and Australia (2006) and the Presidential Friends of Indonesia award (2010). He has served as a consultant to government institutions and companies in Australia, the United States and China as well as international agencies such as the World Bank, the Asian Development Bank and the ASEAN Secretariat. 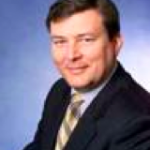 Chris Barnes is Managing Director of Braehead Advisory Pty Limited, a consulting firm that provides strategy and stakeholder relations advice to companies seeking to enter the Australian and Indonesian markets. The firm’s cornerstone client is the Commonwealth Bank of Australia’s Indonesian operations. The firm also has clients in the infrastructure, property and waste to energy sectors.

Chris is also a Senior Consultant to ICON International Communications in Indonesia. ICON is one of the leading independent strategic communications consultancies in the Asia Pacific region and is an exclusive affiliate of Ketchum.

Until April 2011, Chris was General Manager, Business Development, International Financial Services (IFS) at the Commonwealth Bank of Australia (CBA), where he focused on developing offshore growth opportunities for CBA in the Asia region. Chris was previously the Bank’s head of government and industry affairs. Prior to joining CBA in 2002, Chris was Senior Adviser (Political and Media) to the Australian Minister for Finance and Administration.

Chris has a Bachelor of Arts in politics and economics (Sydney) and Bachelor of Laws (UTS). He was awarded a British Chevening Scholarship to study for a Master of Letters (Management, Economics and Politics) at the University of St Andrews in the UK. He has also completed the Senior Executive Fellows Programme at the Harvard Kennedy School of Government.