Established in 1946, The Australian National University is one of Australia’s leading research and teaching universities.

The ANU College of Asia and the Pacific houses a remarkable assembly of scholars and resources devoted to the study of Australia’s neighbourhood. Dedicated to outstanding research and education, the College is a centre for Australia’s intellectual engagement and scholarly dialogue with the societies, worlds of thought, economies and cultures of Asia and the Pacific, including Indonesia.

Through the Indonesia Project, it analyses recent economic developments in Indonesia; informs Australian governments, business, and the wider community about those developments; and stimulates research on Indonesia. The College teaches Indonesian culture, history and language through the Island Southeast Asia Centre, which also gives students in-country experience in Indonesia through the year in Asia program.

Established in 1853, the University of Melbourne is a public-spirited institution that makes distinctive contributions to society in research, learning and teaching and engagement. The university is consistently ranked among the leading universities in the world, with international rankings of world universities placing it as number 1 in Australia and number 28 in the world (Times Higher Education World University Rankings 2012-2013). It is home to the Melbourne School of Government, designed to inspire and equip individuals to make a difference on a global scale, and the Centre for Indonesian Law, Islam and Society, a global centre of excellence for research on Indonesian law, governance and legal culture.

The University is also home to some of Australia’s leading outreach education bodies, including Asialink and the Australia India Institute, which actively promote links between countries and enhance cross-cultural understanding through seminars, exhibitions, short-courses, international internships and leadership programs.

The University of New South Wales is one of Australia’s leading research and teaching universities, ranked in the top 100 universities worldwide and renowned for the quality of its graduates.

UNSW is a founding member of the prestigious Group of Eight — a coalition of Australia’s leading research intensive universities. Recognised as one of the heavyweights of Australian higher education, UNSW consistently scores highly in a range of national and international rankings.

UNSW is also recognised as the Australian university with the strongest links to industry, reflecting its focus on real-world research and innovative research partnerships. In 2013 UNSW will receive $13.2 million in Linkage Project grants from the Australian Research Council (ARC), the highest level of funding in the state and the second highest in the country.

Following Australian Federation in 1901, ‘Yass-Canberra’ was selected as the region to host the Australian seat of government in 1908. In 1911-12, an international competition was conducted to design Australia’s capital. It was won by the Chicago team of Walter Burley Griffin and Marion Mahony Griffin. The new city was named by Lady Denman at the Foundation Stones ceremony on Capital Hill, on 12 March 1913 – now celebrated as Canberra Day.

Today, Canberra’s population of some 340,000 enjoys an unprecedented lifestyle, living minutes away from unspoilt nature parks and the magnificent Murrumbidgee River system, as well as enjoying the benefits of a diverse and cosmopolitan city.

Austraining International is a project management company with people at the focus of our program delivery.

We work with our clients to build capacity of local people through volunteering programs, enhance international education support through scholarship programs, and improve livelihoods through our community-focused development programs.

Our network of offices throughout Asia, the Pacific and Latin America, plus staff based in Africa and the Caribbean, means we provide access to development specialists with local expertise and know-how.

Wholly owned by the Government of South Australia, we have an established network of more than 600 partner organisations in Australia which support and enhance our social development work.

Over the last 20 years Austraining has delivered over 300 bilateral and multilateral projects in Australia and throughout Asia, Pacific, Africa, Latin America, Caribbean and the Middle East.

Corrs Chambers Westgarth is a world class law firm committed to driving Australia’s competitiveness and its economic engagement with Asia.

The firm has offices in Sydney, Melbourne, Brisbane, and Perth as well as strong partnering relationships globally and throughout the Asia Pacific region, making it ideally placed to support clients whose businesses extend internationally and nationally.

Corrs’ lawyers work across geographic boundaries and practice areas and they are consistently involved in the highest profile work in the Asia Pacific region and in Australia.

The role of Austrade is to advance Australia’s international trade, investment and education interests by providing information, advice and services.

Cardno is an ASX-200 professional infrastructure and environmental services company, with expertise in the development and improvement of physical and social infrastructure for communities around the world, including Indonesia.

The company has been operating since 1945 and has more than 8,000 employees worldwide.

Cardno plans, designs, manages and delivers sustainable projects and community programs in over 85 countries globally and is represented in the majority of states and territories in Australia and has offices in the United States, Canada, New Zealand, Papua New Guinea, Peru, the Philippines, Ecuador, Colombia, Indonesia, Kenya, Tanzania, United Arab Emirates, Germany, Belgium, Italy and the United Kingdom.

The Australia Awards are prestigious international scholarships and fellowships funded by the Australian Government. They offer the next generation of global leaders an opportunity to undertake study, research and professional development in Australia and for high-achieving Australians to do the same overseas.

In 2012, the Australian Government invested $334.2 million in Australia Awards, enabling 4,900 recipients from more than 145 countries to undertake study, research and professional development.

The Australian Consortium for In-Country Indonesian Studies, or ACICIS, is a non-profit national education consortium charged with developing and coordinating high-quality, semester-long study programs for Australian students at Indonesian partner universities. Since its foundation in 1994, ACICIS has sent over 1,400 participants to universities around Indonesia, including Universitas Gadjah Mada in Yogyakarta, Universitas Muhammadiyah in Malang, and Universitas Parahyangan in Bandung. Before its inception, virtually no Australian student had undertaken semester-long study in Indonesia for credit at their own institution in Australia.

Asialink is Australia’s leading centre for the promotion of public understanding of the countries of Asia and of Australia’s role in the region. The organisation is a key provider of information, training and professional networks since its establishment at the University of Melbourne in 1990.

The Australia-Indonesia Business Council is the peak business association for the promotion and facilitation of trade and investment between Australia and Indonesia. AIBC members coordinate branches across Australia, and include major corporations, education providers, government departments, and manufacturers, amongst others.

PPI Australia, or the Perhimpunan Pelajar Indonesia Australia, was founded in 1981. It supports Indonesian students in Australia by creating a platform to expand their skills and conscience in accordance with their Indonesian identity. The PPIA has chapters at in nearly every state of Australia, and is active in coordinating events at campuses throughout the country.

The Boston Consulting Group is a global management consulting firm and the world’s leading advisor on business strategy. We partner with clients from the private, public, and not-for-profit sectors in all regions to identify their highest-value opportunities, address their most critical challenges, and transform their enterprises.

Our customized approach combines deep insight into the dynamics of companies and markets with close collaboration at all levels of the client organization. This ensures that our clients achieve sustainable competitive advantage, build more capable organizations, and secure lasting results. Founded in 1963, BCG is a private company with more than 75 offices in 43 countries. 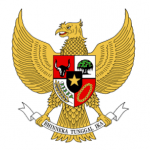 The Indonesian Embassy in Canberra

The Indonesian Embassy in Canberra provides consular support as well acting as a focal point for cultural, education, political, defence and economic engagement between Australia and Indonesia.

The Indonesian Embassy is very active in the local community and the Balai Budaya at the Embassy also regularly hosts cultural events that are open to the public.

ABC International is a division of Australia’s most trusted media organisation – the Australian Broadcasting Corporation (ABC). Its role is to showcase the best of Australian content online, on mobile and on-air to audiences in 45 countries across the Asia and Pacific region.

More than 100 million people from the Indian subcontinent to the Cook Islands in the Pacific can assess programs through the Australia Network television service, ABC Radio Australia and the digital and online service Australia Plus. The division’s International Development team works with media partners across the region to help strengthen their media services.

Some of the ABC International’s objectives are to promote regional dialogues and understanding of Australia’s multicultural society and Australia’s role in the region, and to foster partnerships that promote the exchange of ideas.

The Australian Embassy in Jakarta

The Australian Embassy in Jakarta is Australia’s largest overseas diplomatic mission and is led by Ambassador Greg Moriarty.