Close
7.30am on Tuesday, September 15← All sessions

Colin McDonald has engaged with Indonesia for more than 30 years. His engagement began in 1983 with an unassuming tax conference in Bali, has since evolved to include much more colourful experiences including defending Australian inmate Scott Rush on Indonesia’s death row, being a founding member of Australia-Indonesia Institute and supporting exchange programs for Aboriginal, Javanese and Balinese artist.

With all this experience, Colin has built many personal relationships outside his professional sphere as a criminal defence lawyer and changed the lives for many of the individuals he’s met along the way.

During the breakfast Colin will share his perspective on what it takes to build friendships which can endure the ups and downs of the bilateral relationship. Colin believes that young leaders have a responsibility to use their influence, follow their passions and create a positive impact in their community. He will use the session to give personal guidance on the delegates they can use their influence to create change. 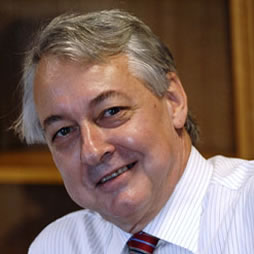 Colin McDonald QC is a retired Australian barrister, Indonesian art and South East Asian ceramics collector, founder and owner of the Made Budhiana Art Gallery in Ubud, Bali and an aspiring Kintamani organic coffee producer in North Central Bali. Colin practised as a barrister in North Australia for over 30 years with a broad practice in administrative, criminal, constitutional law, workers’ compensation, refugee and human rights law. In recent years he acted in the death penalty cases in South East Asia, including for two members of the Bali Nine, Scott Rush and Renee Lawrence.

Colin has had a long association and engagement with Indonesia. A founding member of the Board of the Australia Indonesia Institute from 1989 – 1994, Colin was also counsel in Australia to the Indonesian Foreign Affairs Department for over 20 years. As Chair of the Northern Territory Museums and Art Galleries Board, he arranged for Indonesian artists to come paint and exhibit in the Top End of the Northern Territory.

As Chair of the Royal Darwin Hospital Board and its Regional Engagement Committee, Colin helped broker the very successful Sister Hospital Relationship and nurse, medical and emergency response training programme between R.S.U.P Sanglah in Denpasar, Bali and Royal Darwin Hospital. In 2010, Colin was awarded the prestigious Law Council of Australia’s President’s Medal and in 2011, the Australian Lawyers’ Alliance Award for his outstanding contributions as a lawyer. In December 2013, Colin was appointed an advisor to the Australian Federal Parliament’s Joint Select Committee on Constitutional Recognition of Aboriginal and Torres Strait Islander Peoples.