As part of the CAUSINDY partnership with the UTS:Insearch, we are excited to announce that representatives from the UTS will be facilitating delegate discussion groups at this year’s conference. The discussion groups, each comprising delegates of different countries and areas of expertise, will be an opportunity for delegates to create ideas and propositions which will help to shape the nature of the bilateral relationship.

Delegate proposals from CAUSINDY 2013 were formed into the CAUSINDY 2013 report (link) which were sent out to leading organisations and governmental bodies such as the AIBC, IABC, and AusTrade. The delegate ideas from last year covered different aspects of the relationship and included SME mentorships, cultural exchange hubs in both countries, and elite internships for youth.

On the final day of the conference, delegates will have the opportunity to present their findings to a panel of experts, made up of representatives from AusTrade and UTS. Delegates will then take charge of their recommendations, following through with them beyond the conference to create real impact on bilateral relations. 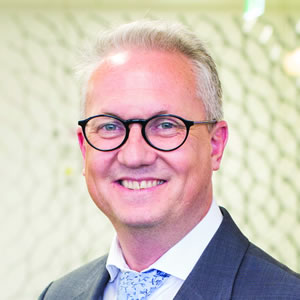 Alex Murphy has 20 years’ experience with UTS:INSEARCH. He joined INSEARCH Language Centre in 1992, teaching Indonesian language and coordinating teaching and curriculum development in Asian and European Languages, subsequently taking on the role of project manager for offshore delivery of English language programs.

In 2000, Mr Murphy was appointed Head of Marketing to INSEARCH Limited, a merger of three previously separate entities. In that role, Mr Murphy was responsible for developing the UTS:INSEARCH brand and positioning and implementing channel management systems, before taking on the role of Managing Director in September 2007.

Mr Murphy’s background is in Linguistics and Indonesian & Malayan Studies, having undertaken research at the University of Sydney, before living and working in Jakarta from 1986 to 1989. A member of the St James Ethics Centre since 1997, Mr Murphy has also been undertaking leadership development and group relations programs with the Australian Institute of Socio-Analysis and Tavistock Institute (UK) over the past fifteen years. 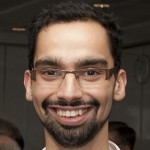 Arjuna Dibley is a lawyer with a practice focused on law reform and climate change. Arjuna has worked with Australian Commonwealth and State governments, and governments in Africa and Asia, including Indonesia, to design and implement legal regimes related to climate change, sustainability and public accountability.

Arjuna is passionate about improving Australia-Indonesia relations. Outside of the law he co-founded and is presently Founding President of the Australia Indonesia Youth Association, an organisation which endeavours to strengthen the people-to-people relationship between the two countries. Arjuna has been widely recognised for his work, winning an Australian Law Award for the leading lawyer under 30 and an ADC Australian Leadership Award among others.