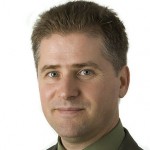 CAUSINDY is excited to announce that Cardno has renewed its support for this year’s conference, coming on board in 2014 as a minor sponsor.

Cardno is an ASX200 professional infrastructure and environmental services company, with expertise in the development and improvement of physical and social infrastructure for communities around the world. Cardno’s Emerging Markets business works with a diverse range of international clients in the public and private sectors.

Cardno has an impressive history of operation in Indonesia that spans three decades. From its large corporate presence in Jakarta, Cardno manages three DFAT – Australian Aid flagship national development programs in the law and justice, local governance and education sectors, in addition to a number of infrastructure and water and sanitation engineering projects.

Given the breadth and depth of Cardno’s experience in Indonesia, we are very excited to have them on board again as a minor sponsor for CAUSINDY 2014.

We are pleased to announce that John Riady and John Denton will be taking part in CAUSINDY 2014 in a special debate which will explore everything from doing business in Indonesia and Australia, to navigating politics and attitudes towards investment. Both Johns have experience in the government, private and educational sectors, which will make for very interesting insights during the debate.

Mr Riady is Director of several companies across the media, property and investment industries, including Berita Satu Media Holdings, Lippo Group and as Editor in Chief of Jakarta Globe. He is also a prominent figure in higher education as Dean of and Professor of Law at Universitas Pelita Harapan (UPH). CAUSINDY delegates can look forward to unique insights from Mr Riady on what it takes to build and run successful businesses in Indonesia.

As CEO and Partner of Corrs Chambers Westgarth, Mr Denton has been involved in shaping the Australian Government’s policy on how Australia engages with its neighbours as an advisor on the “Asian Century” White Paper. He is also well versed in doing business in Indonesia and visits Jakarta regularly in partnership with Indonesian law firm Soemadipradja & Taher. Mr Denton was a speaker at CAUSINDY last year in Canberra where he entertained the audience with stories on negotiating trade deals and trying to solve humanitarian issues. We look forward to welcoming Mr Denton back to CAUSINDY in Jakarta.