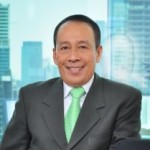 CAUSINDY is honoured to have Lieut General (Ret) Agus Widjojo joining the Defence and Security panel at this year’s conference. A highly prominent intellectual, General Widjojo has had much experience throughout the South-East Asia Region, holding a range of staff and command appointments in Indonesia. His research interests include security sector reform, the democratisation process and post–conflict reconciliation. CAUSINDY welcomes General Widjojo and we look forward to his contributions and insight on security issues for Australia and Indonesia.

Lieutenant General (Ret) Agus Widjojo graduated from the Indonesian Armed Forces Academy in 1970. He served tours as Staff Officer in the International Commission for Control and Supervision in Vietnam 1973, and in the Indonesian Battalion to the United Nations Emergency Force II in Sinai Middle East in 1975. He retired from active duty in 2003.

His two last active duty assignments before entering retirement were Chief-of-Staff for Territorial Affairs for the Commanding General TNI, and Deputy Speaker in The National Consultative Assembly representing the Military and National Police Faction.His works during his appointment as Chief of Staff for Territorial Affairs were closely related to the democratisation process and military reform in Indonesia in 1998 through 2004.

He holds Master’s degrees in Military Art and Science from the US Army Command and General Staff College, National Security from the US National Defense University, and Public Administration from George Washington University. He was a Deputy in the Presidential Delivery Unit as well as a commissioner in the Commission of Truth and Friendship Indonesia – Timor Leste. He currently sits as a member of the Advisory Board of the Institute for Peace and Democracy at Udayana University and Senior Fellow at CSIS Jakarta.

Grace Dong is currently studying Arts/Law at Monash University, majoring in Indonesian Studies. Amongst her many experiences in Indonesia, Grace has undertaken short-term studies at Gadjah Madah University, and volunteer English teaching in Bali. Throughout the second half of 2014 she will be studying at Parahyangan University, Bandung as part of the ACICIS West Java Field Study Program.